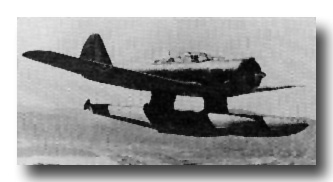 David J. Bean not only knew Jack Northrop, the founder of present-day Northrop Grumman Corporation and one of the most memorably noted of the aircraft designers and builders who enabled the transition of manned flight to the modern age of aerospace, he worked for him. Beginning at Northrop Aircraft, Inc., in 1946, after serving as an Air Force pilot during the Second World War, David J. Bean retired 38 years later, having served as manager of new business proposals and Aircraft Group program manager for 22 years. The importance and presence of the Northrop N-3PB seaplane in his life occurred gradually, beginning in 1977, when he was one of the key team members called into a special meeting at Northrop to evaluate a proposal from Ragnar Ragnarsson, co-founder of the Icelandic Aviation Historical Society. Ragnar had heard rumors among Icelandic farmers in the back country that a military seaplane had crashed in the Thjorsa River during WWII and disappeared. For several years, the thought of finding this airplane and recovering it for restoration disturbed his waking hours and sleep, as though it were a special mission ordained for his performance. With the formation of the IAHS in 1972, recovery of the airplane became almost a full-time pursuit as it took shape as a “mission impossible,” the sort Icelanders find high adventure. The Thjorsa, originating over 200 miles in the interior, in the midst of ageless glaciers, is the longest river in Iceland. Legend has it that once the Thjorsa takes something, it never gives it back. The meeting to evaluate this mission impossible restored memories the author had of the golden years of aviation and the beginning of the company. The N-3PB had been the first airplane designed and produced under Jack Northrop at the new company he had started in 1939 in Hawthorne, California, where the author had worked all his career in aerospace.

Two years of uncertainty followed, as first Ragnar tried to determine whether the airplane even still existed. After two surveys of the last known location of the airplane in the murky, frigid, swift flowing river, the plane was discovered, not just submerged, but buried in the lava silt, sand and clay of the riverbed.
Two more years of recovery were necessary before the plane was finally brought to the surface in pieces flown by C-130 transport to the Northrop Aircraft production plant adjacent to Northrop Field in Hawthorne. Exactly one year from the day it arrived, the plane was rolled out looking like it was ready and eager to fly again. After exhibits in Southern California and Iceland, the plane was finally returned to its original owner, Norway, where it resides today on permanent exhibit at the Air Museum in Oslo.

The N-3PB was the fastest military seaplane ever built. Though designed to patrol the hundreds of fjords along the thousand-mile Norwegian coast on the Atlantic, it never got deployed for that mission, for Norway was invaded and occupied just as the production contract with Northrop was signed. Instead, the plane was shipped to Iceland and flown by Norwegian aviators operating as RAF Squadron 330(N). The Restoration tells the story of the crash, search , recovery, and restoration that led to a new ascent for those who participated, and a model for all to follow.

Return to Library and other Aviation Books